As this weekend we have both Geequinox (the smaller of the two "geek" conventions that happen in town) and Easter, both of which tend to be pretty time consuming at Chez Monkey, so not likely to get a chance to post on the weekend.  I figured a day or two early wouldn't hurt.

I seem to be on a historical jag, so I dug out the Spartan psiloi that have been gazing accusingly (if stoically) at me from the shelf for some time, and got them finished up.  They're based for Impetus. 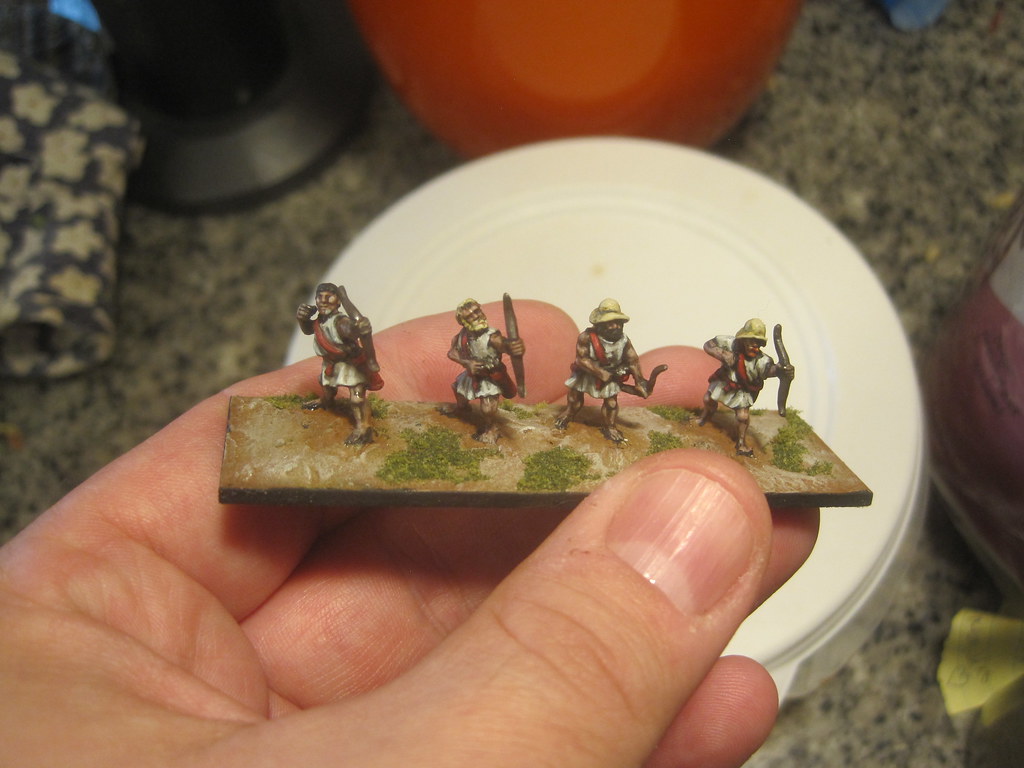 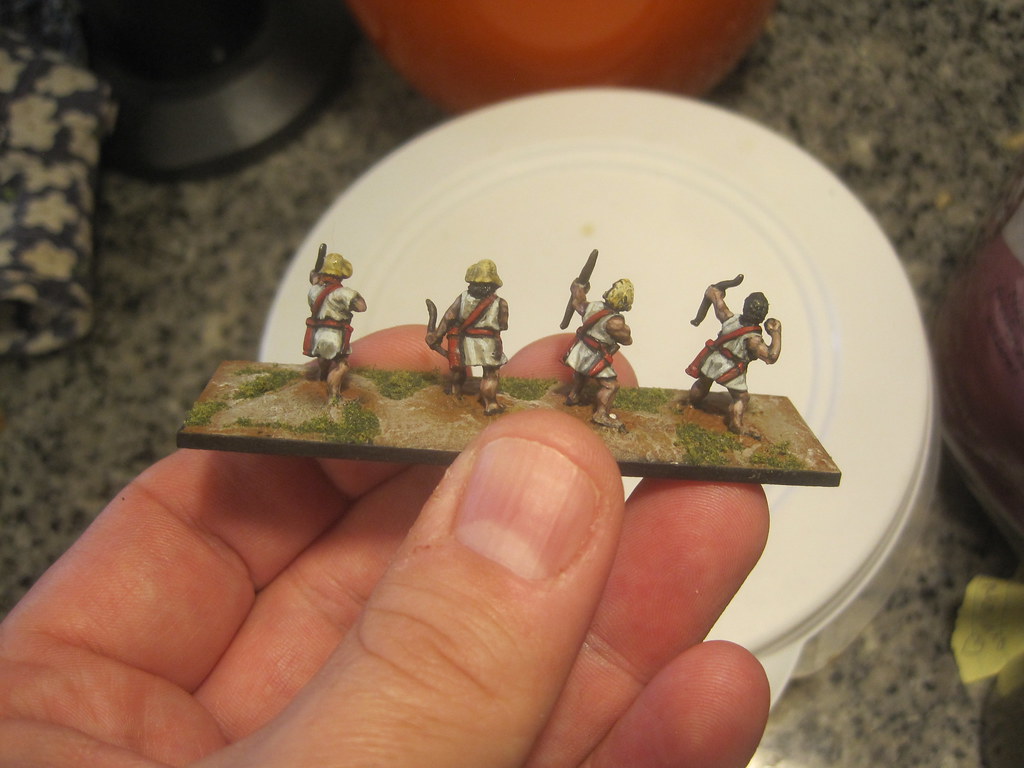 These guys are all, I think, Xyston 18mm, a range I come to appreciate more and more every time I paint them. 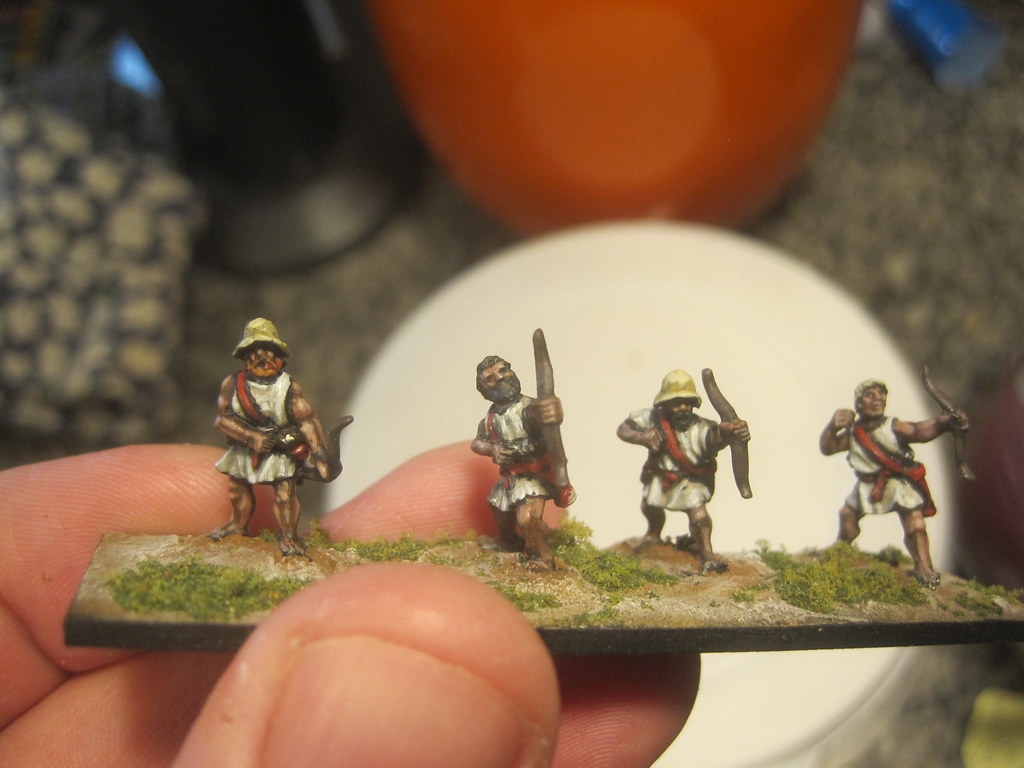 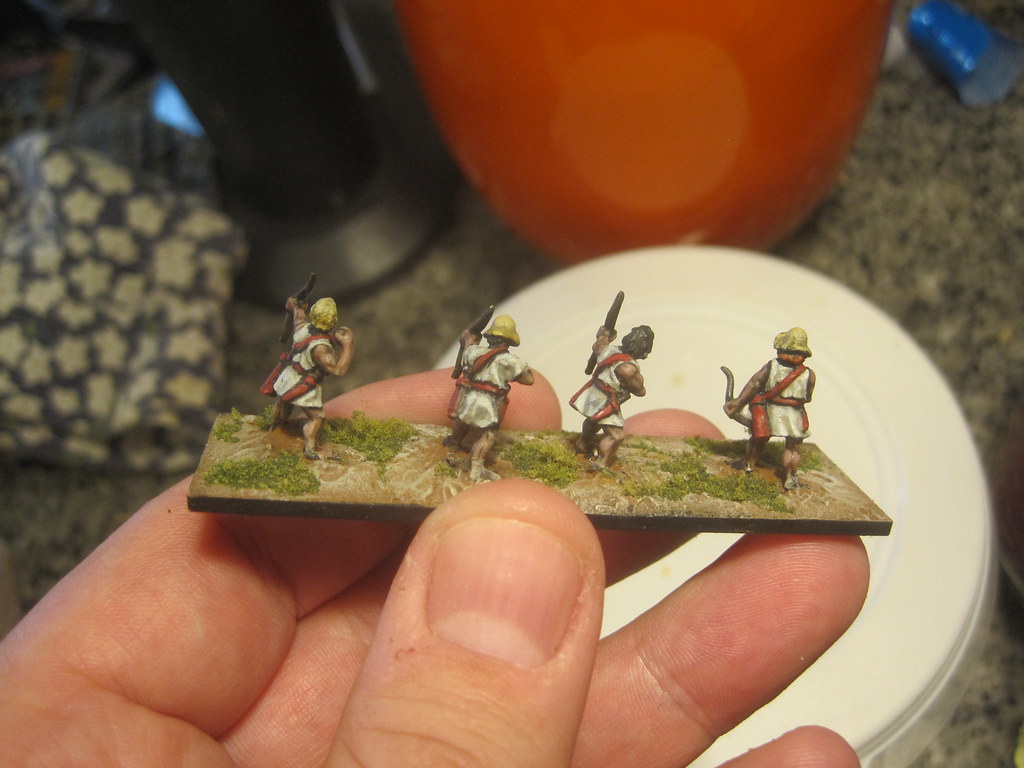 With these two units finished, I've got two Spartan phalanx, an allied phalanx, a unit of horse and peltasts, and three skirmish units.  Probably looking at more hoplites, especially allies, but it's starting to pull together as a small, but coherent force.  I've used integrated command on the bases, largely, but may treat myself to a command stand or two as well.


FMB
Posted by fireymonkeyboy at 12:50 PM