As a follow up to my earlier post, on the prospects of a "Big Boy" project, I've been doing much puttering about on the interwebs (and have decided that spur of the moment subscription to Scribd was well worth it ;) ).  As I think I noted, I'm planing a large, long-running historicals project in 28mm.  Factors to consider were the availability of plastic models (as I'm more and more turning away from metals wherever possible), a degree of variety to keep my interest in the painting process, and a a range of supplemental reading material to keep me engaged (as half the fun of historicals for me is the reading).

Added to that, after some conversations with friends and hobby types, is the recognition that this will need to have some viability as a) a solo project, and b) a painting / hobby project.  I might get these on the table (conversations stemming form the Napoleonics game last week has me hopeful), but most of the activity in the short to medium term is likely to be at home.  That means I have to really enjoy painting the figures (and reading about the associated history) for their own sake.  This combination of factors means I'm likely looking at Napoleonics or a limited range of ancients (Successors, Carthage, Rome) projects.  All three have a good selection of plastics available (although successors are largely limited to the "west", and Napoleonics to French and British outside of infantry).

The flip side is this is likely to be a secondary project, and in 28mm, isn't likely to proceed quickly.  I did a fast count last night.  In the last five years, I've painted, in 28mm, about 250-300 infantry figures, and maybe 50-60 mounted, plus assorted commanders, heroes, and monsters.  I've painted other stuff as well, including a sizable contingent of 6mm and some 15mm, but that's been my output at that scale - an average of about 55 infantry and 10 cavalry a year.  Given that this output is likely to be divided between the Big Boy project and whatever GW stuff I'm working on, this project won't happen fast. 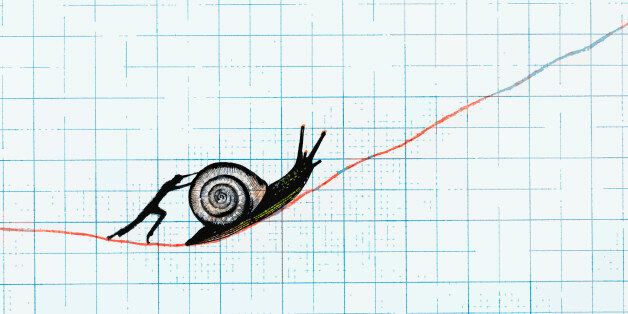 Then it occurred to me that "slow" only really impacts big battle gaming.  When first conceived, I was thinking about this project in its end state - playing large, Hail Caesar / Black Powder type games with several hundred figures a side.  While this is a worthy goal, I need to keep in mind that it is also several years away by any reasonable estimation.  More importantly, it's not the only way I can use these figures.  That got me thinking about basing, and rule "types".

Games often get organised by scope / scale.  There's skirmish  (SBG Battle Companies, Song of Blades and Heroes, Morheim), Large skirmish (SBG, Saga, Muskets and Tomahawks), "company" or warband scale (Sharpe Practice, Chain of Command?), formation scale (Lasalle), and mass battle (Blucher, Rommel, etc.).  You can also organize them by the focus mechanic.  Some games are interested in the interaction between types or classes of units on the table.  These rules are focused on the specific characteristics of the units, and how units with a particular set of characteristics interact with different characteristic profiles.  In skirmish games, they'll have lots of rules for gear and equipment, and will be concerned with how taking a spear gains a reach advantage over one with a sword.  DBA would fit here as well, where there's been a conscious decision to abstract pretty much everything but "how the unit fights", and so the core interactions are how light horse can evade knights, but are vulnerable to massed archers in good order.

There's another kind of game that focuses no so much on unit characteristics, but rather on command and control issues.  In smaller scope games, it's about motivating your troops to act (Song of Blades and Heroes is a good example here).  In larger games, it's about the challenge of coordinating formations, and getting units to work together.  Most of Sam Mustafa's games are good examples of this.  More often than not, there's some kind of command resource you need to allocate, and various elements of command friction.

Finally there's games that are designed around a particular kind of play experience - fast play / quick resolution, multiplayer, balanced tournament armies, period accuracy, etc.  Think about some of the most common criticisms of DBA (it abstracts too much in an effort to produce a "simple" game), or Black Powder (it sacrifices period specificity to allow for a "fun game"), and you see what I mean here.

Most games will include elements of all three, but will privilege one of them, and sacrifice the other two to it when necessary.  You also see some interesting hybrids, such as Impetus, where (although the do include unit classifications) the critical element is whether a unit is in order or disordered (with the latter state having major implications for both how a unit interacts, and command issues).  I find I tend to favour "command" over "game experience", and the latter over "unit interaction".  I'm comfortable with very abstract unit categories, like games I can play in an evening without feeling rushed, and am interested in the on-table challenge of getting my units (of whatever kind) to "work together".  It's why I think I like Maurice so much - it gives me the kind of game I want, and the play experience I want, and does it in the time frame I want.


I find I most enjoy "mass skirmish / company" and "mass battle" games, which takes us back the the Big Boy project.  28mm tends to shine in the former scope, and it's the kind of game that I can reasonably expect to paint up in a couple years (50-100 figures is a a little ambitious, but I can see myself getting it done, even with other projects).   There's also at least one very solid period ruleset, Sharpe Practice (I'm sure there are others, I just know about SP, have had it endlessly recommended, and would like to try it out).  For ancients, there's a few "mass skirmish" rulesets either recently released (Gods and Mortals, SPQR) or soon to be released (Clash of Spears) for the period.  The latter, particularly, seems interesting, and has both a high profile and good support online (as well as a so-far positive community).  That game seems to include forces of the 2-4 dozen range.

Playing Napoleonics in this scale likely channels me into the peninsula.  While there's good support for Naps in plastic as far as infantry goes, cavalry tend to me more limited in terms of available nationalities.  I can see getting into a Peninsula project (I did peninsular French in 6mm many, many years ago), I like the Sharpe books / movies, and some of the plastics out or soon coming out are very nice indeed.  As a reading project, it's a little more limited, however, and can feel a little narrow.  On the plus side, I don't have any active Napoleonics project, I have an old print of a Welch Fusilier I "inherited" from my father, and I can easily see doing a Sharpe Practice force of them for starters..  Down side is that I'm unlikely to use the figures for big battle stuff any time soon, if ever (lacking space for a 12 foot table, even at the new house). 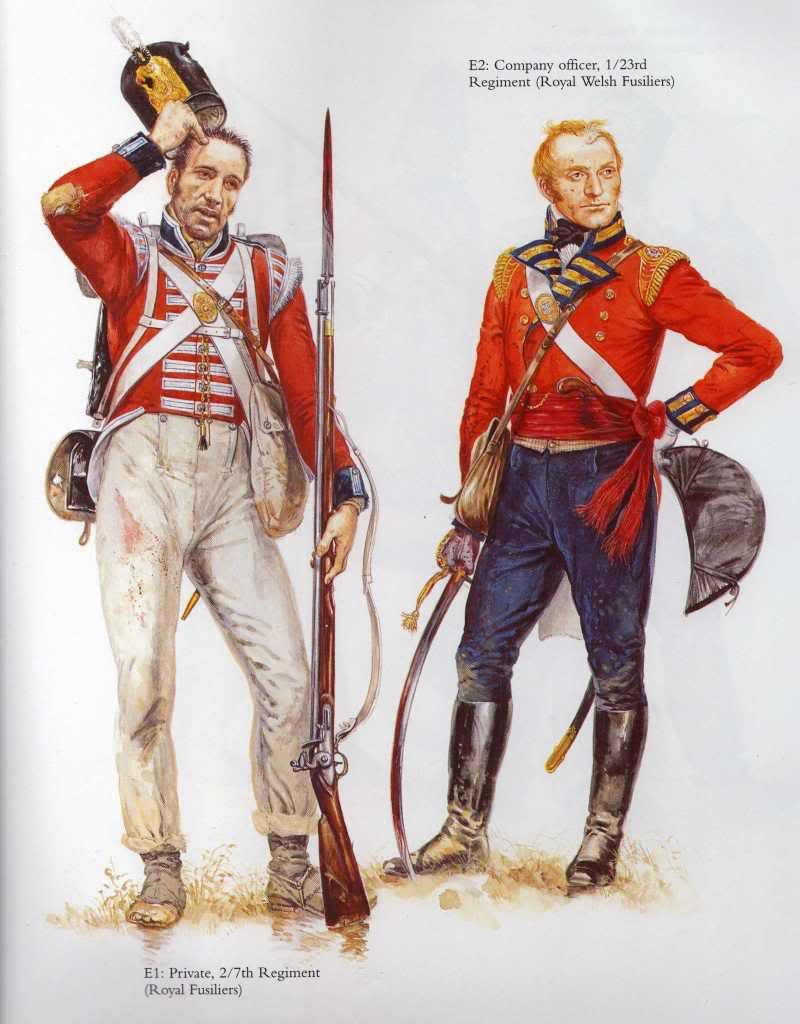 Ancients as a "large" skirmish game opens up a host of theatres, and in many ways, are more appealing to me than mass battle in the period.  Big battle ancients are a bit limiting, in that you are mostly working from the limited number of conflicts we know about.  But for skirmish, the sky's the limit.  I am, for example, unaware of any "recorded" major battles between gauls and greeks, or gauls and Carthaginians, but given that both greeks and Carthos were active in southern gaul (trading posts, colonies), I can see huge scope for skirmish / raiding games, or even small campaigns (never mind the kind of ambushes etc. the gauls would have inflicted on the Carthos on their long walk to Rome).

Using Song of Blades and Heroes, I can start playing with a dozen painted figures.  I could then build up Clash of Spears forces for range of historical opponents (Carthos, Gauls, Spanish, etc.), which would in turn form the core of a Carthaginian army for a larger scope of game - Impetus, Sword and Spear, even Hail Caesar.  I like this idea, although basing becomes an issue (skirmish means individual basing, mass battle games are usually element based, so I'm likely looking at sabots).  I'm not a fan of individual square bases (rounds look better), but will either need to bite the bullet, or find viable sabots that can handle rounds.

Although very much in the blue sky / planning stage, I'm already enjoying this project, or at least, mucking about with ideas for it, and am really looking forward to getting stuck in.  I like painting in 28mm scale (more and more these days), and having something I can pick at that reaches outside the painting process should be a joy as well.  The variety of the army, and the range of campaigns, also gives me some scope for "hobby-related" activity.  While a Peninsula project is still in the running, I'm strongly leaning towards Carthage for a variety of reasons..  Hannibal remains my favorite historical figure, the rise and fall of Carthage spans my favorite period in the ancient world (Fall of Alexander to Fall of the Roman Republic), and Carthage, short of a generic successor morph, offers the greatest variety of options of both army inclusion and potential opponents.  Also, elephants.  I cannot stress the importance of elephants.  Might be hard to work into a skirmish game, but it works for the Lord of the Rings, so, I'm sure I can find a way to jam them in ;) 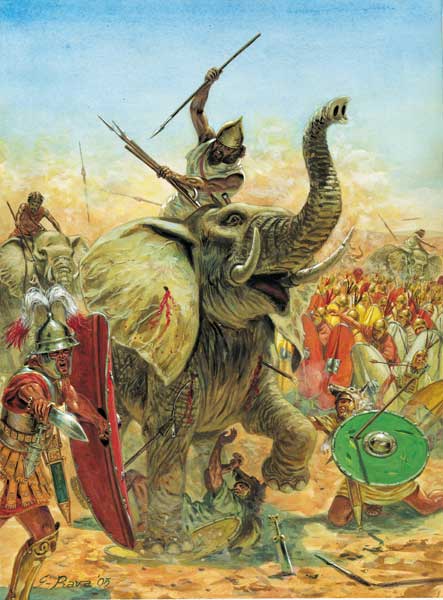 The fact that the Carthaginians roamed most of the med, and that a good chunk of their army was generally made up of mercenaries, gives a lot of scope.  Choosing Carthage also means I can use the Victrix plastic models, which are, as far as I can tell, the nicest available plastic ancients on the market right now.  With Carthage, I start with a small core of Liby-Phoenecians (and elephants), and can then, depending on which of many conflicts / armies I want to try, can add in citizen infantry, greeks (allies or mercenaries), Numidians, Gauls, Spanish, CeltIberians, Itallians etc, both infantry and cavalry, and, as an added bonus, can also fight pretty much any of these as well.  I can lever out any of these into separate armies if inspired to do so, and, if all else fails, can paint up Republican Romans to oppose if desired.  Heck, I can even do a successor list in opposition, given that the Carthos fought Pyrrhus in Sicily (the fight over which, btw, is one of my favorite bits of the whole "Rise of Rome" period).

Add in that the figures involved are just gorgeous (just look at the Victrix Gauls and Spanish, esp. the cavalry), and there's plenty of scope.  Once we get settled in, I plan to pick up a box, or even a test sprue (as some retailers on ebay seem to sell by sprue), just to make sure, but I think this may be "my thing".

Posted by fireymonkeyboy at 9:06 AM