I seem to be riding a burst of inspiration over the last week or so, as I've been busily pumping out units for the Blucher / Napoleonic / Russian project.  First up was a second base of infantry. 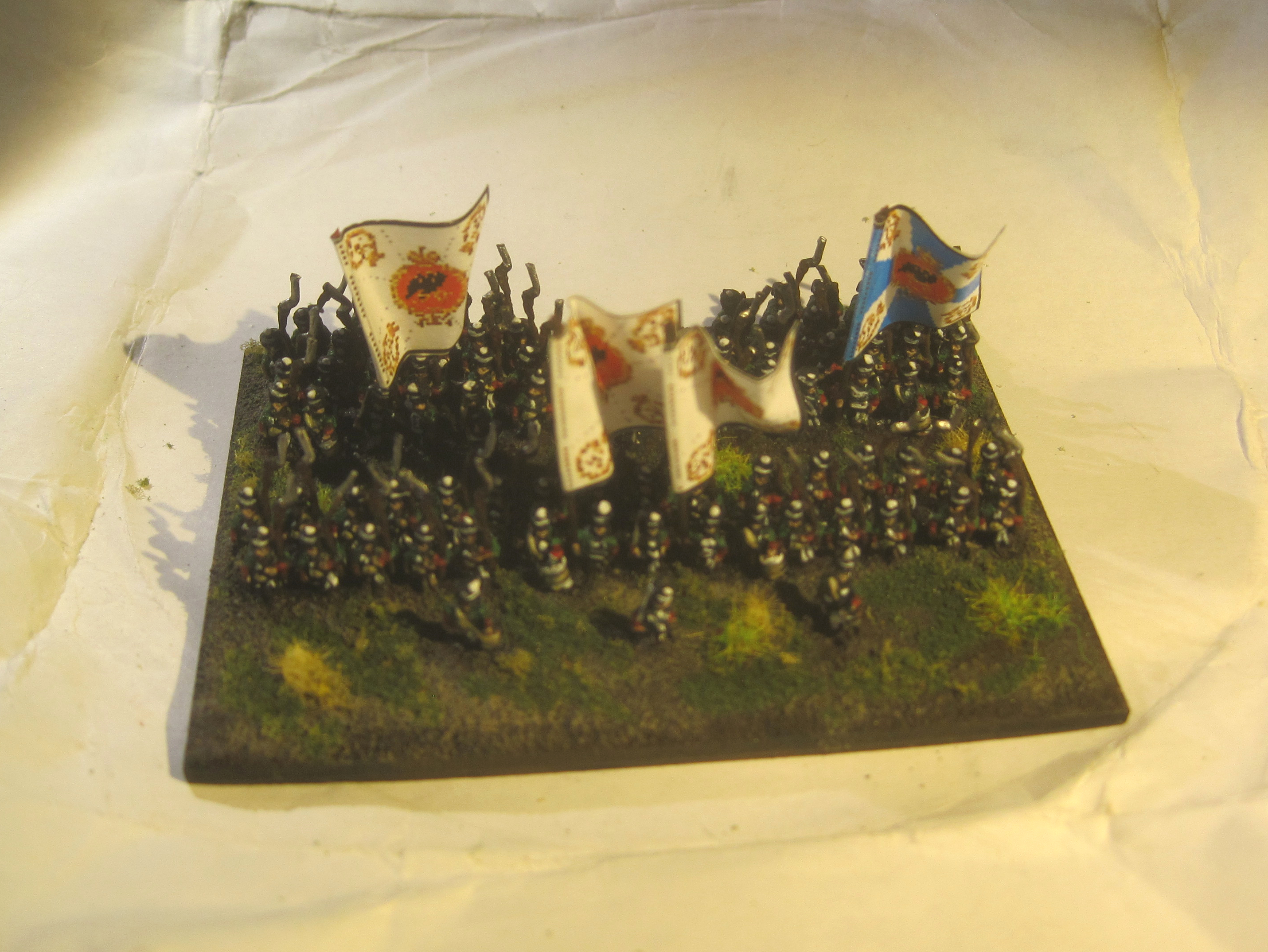 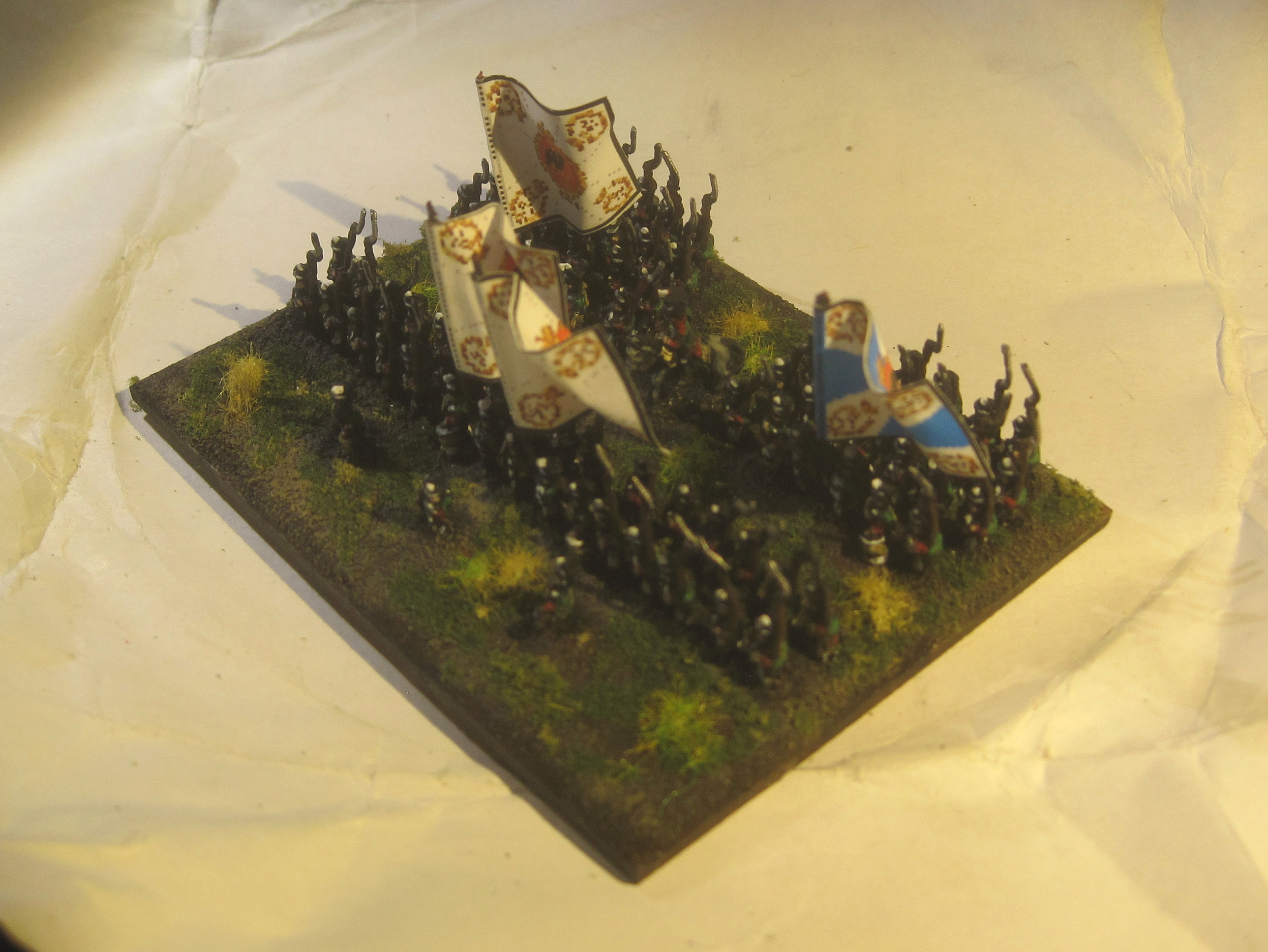 I'm playing around with different formations, this time a mixed line and column base.  Turned out okay, I think.  Formations and flags aren't to a specific oob, but I'm picking out formations that did actually appear in battles in 1812-13, and using them as a basis.

I'm starting to think, however, that my poor old Canon camera is on her last legs.  I've had the thing for more than a decade, and it's done yeoman service, but it seems to be struggling with both focus and light these days. 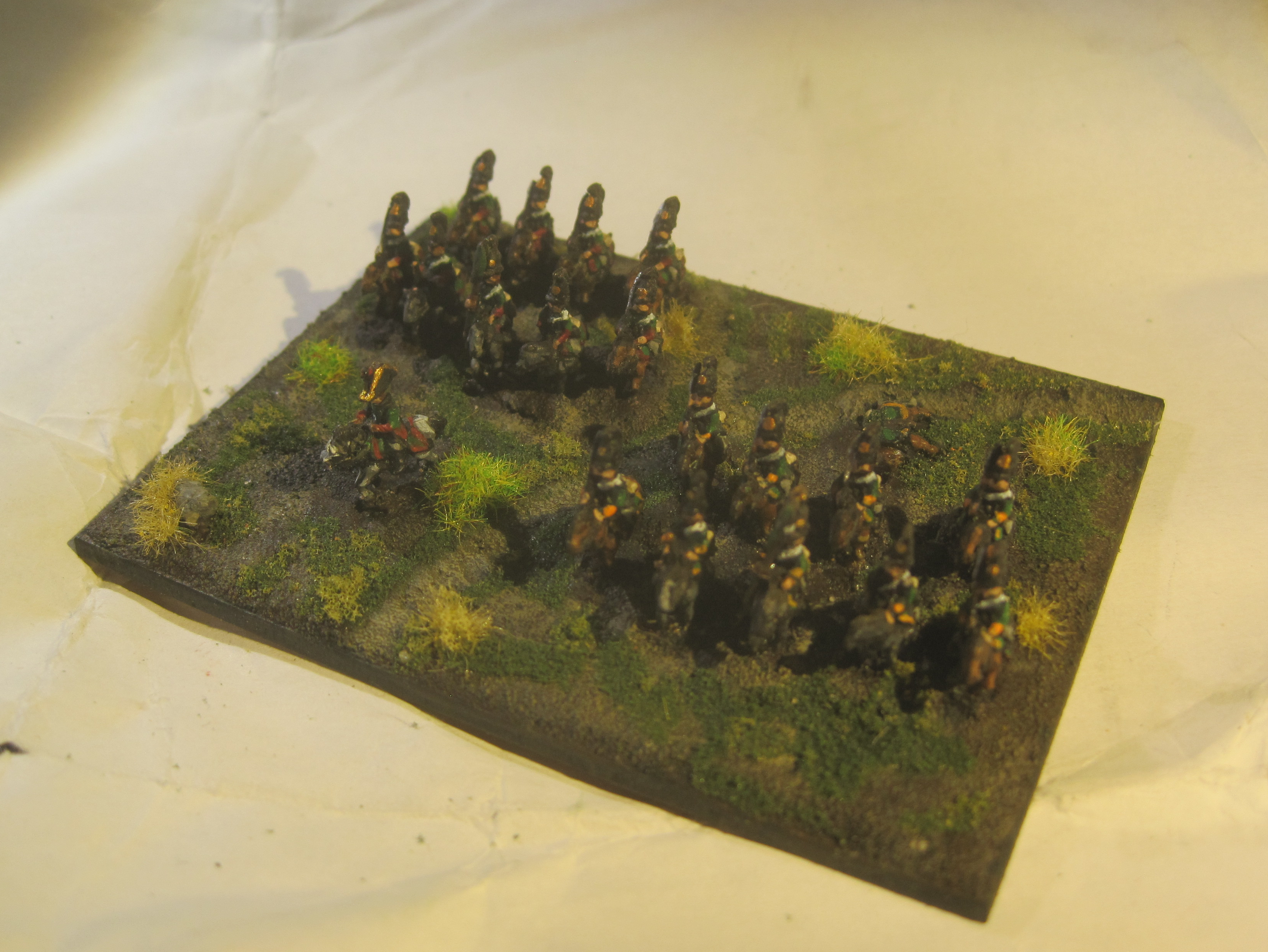 The cavalry (dragoon brigade) base was a little challenging.  I'm not sure it sells the idea of a brigade strength formation, but now that it's based, I'm a little happier with it. 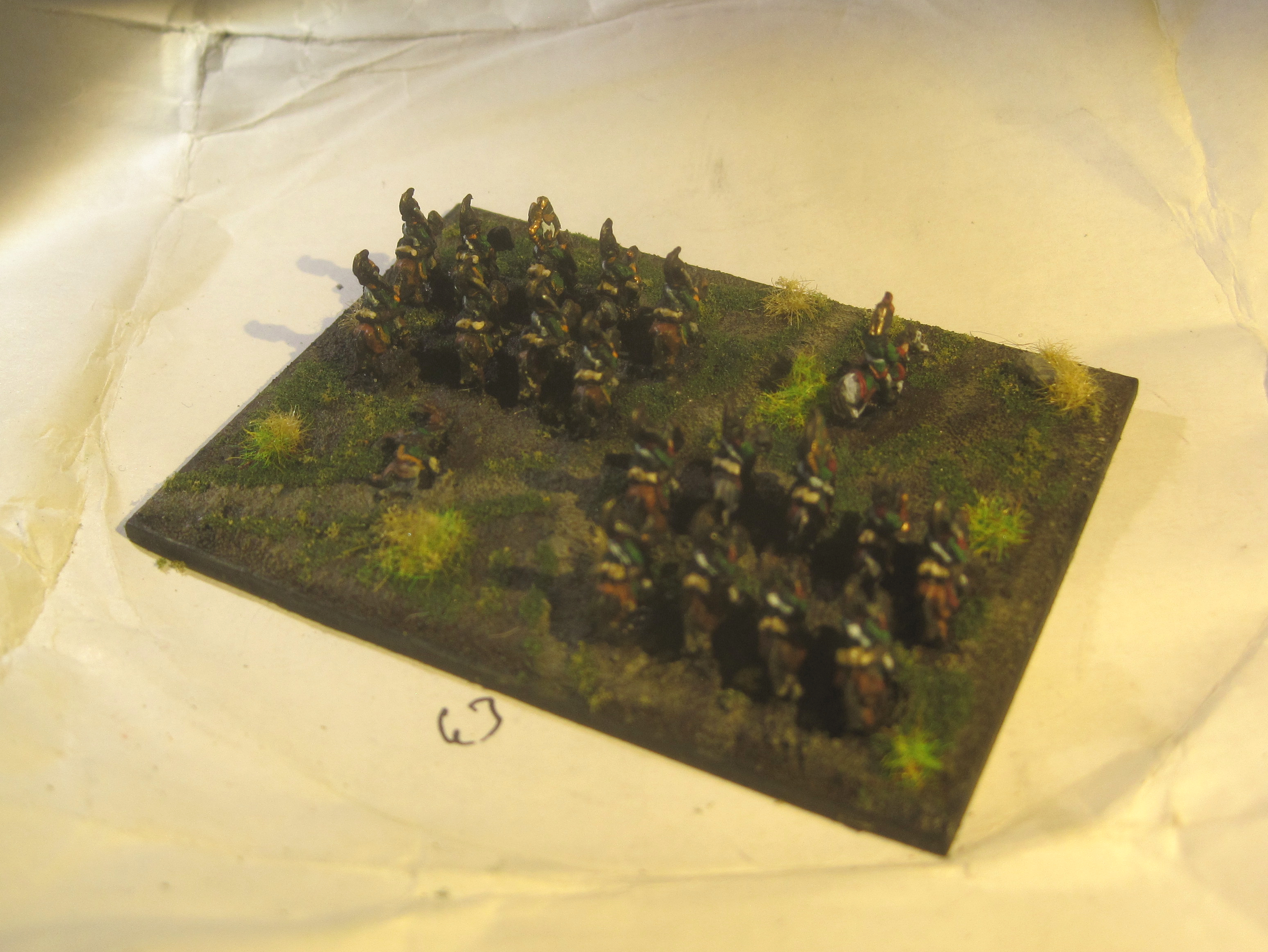 The artillery base, however, was kind of fun, I definitely got to tell a bit of a story with it. 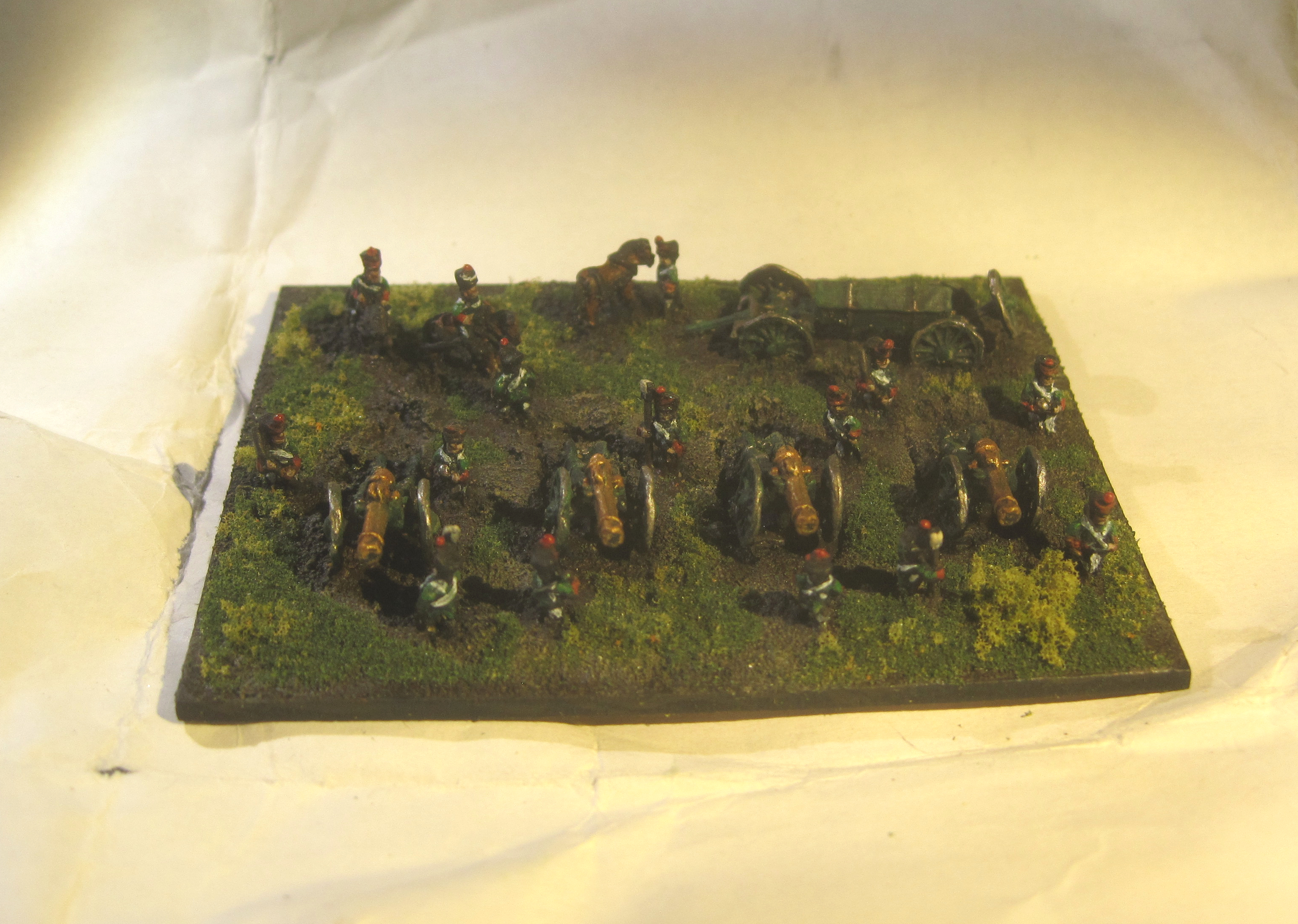 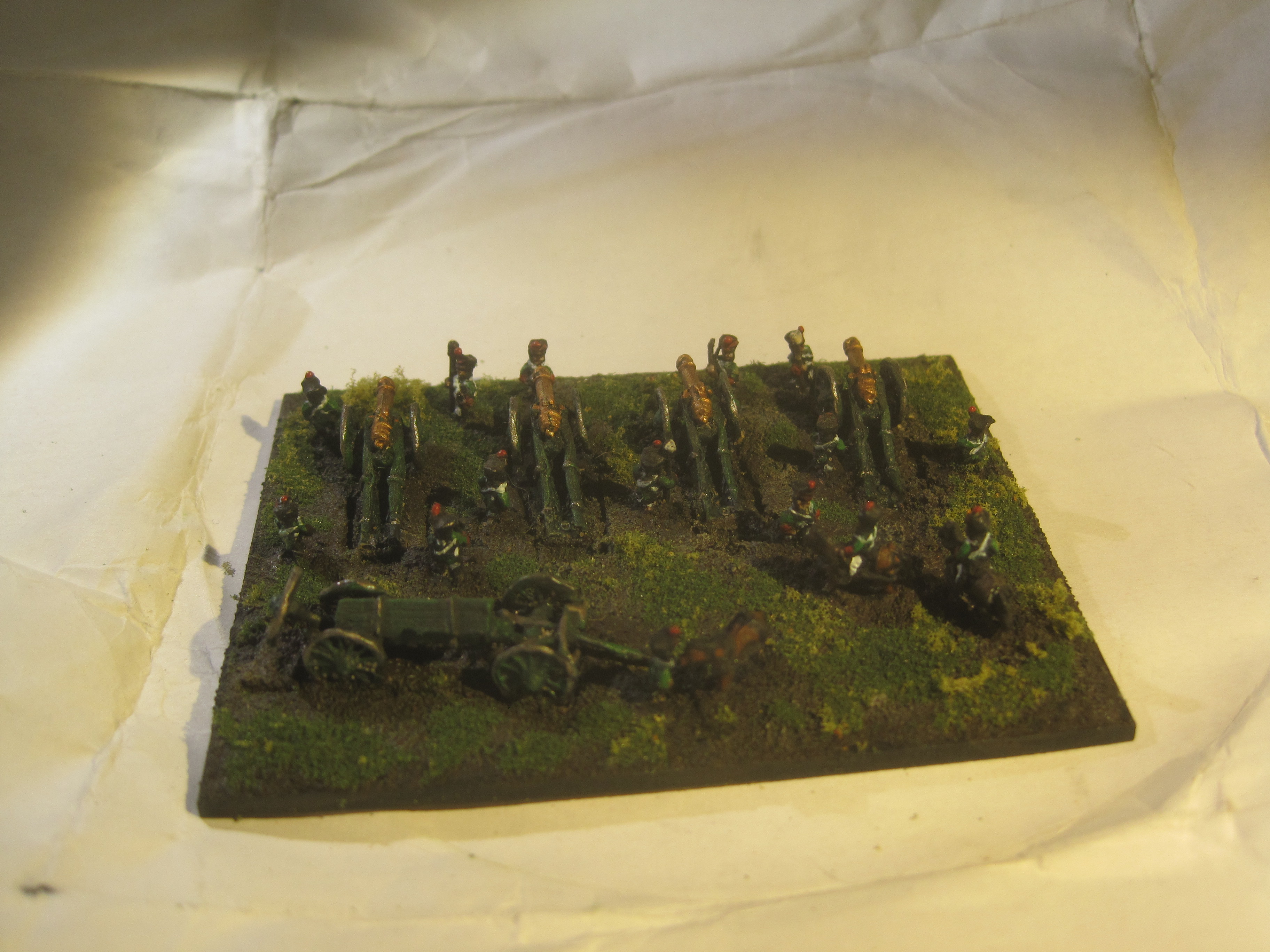 Not sure if I'll have room to use all the limbers and caissons I have, but I'll figure something out.

I've got another unit of infantry primed and ready to go, and the first of the cards for Blucher have arrived, so if I can steal some time I might get in a test game.  Fingers crossed.

FMB
Posted by fireymonkeyboy at 1:27 PM