Some 6mm stuff this week, Russian hose of both the pretty and scruffy variety.  First up are some cossacks, because you can't do Russians without cossacks. 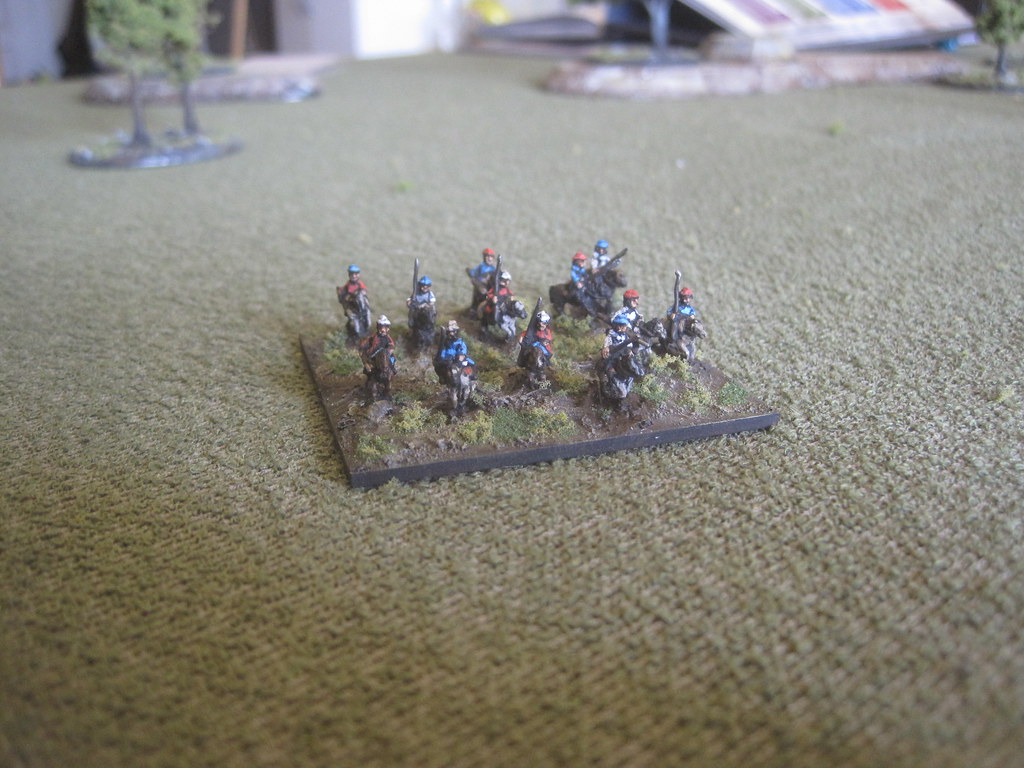 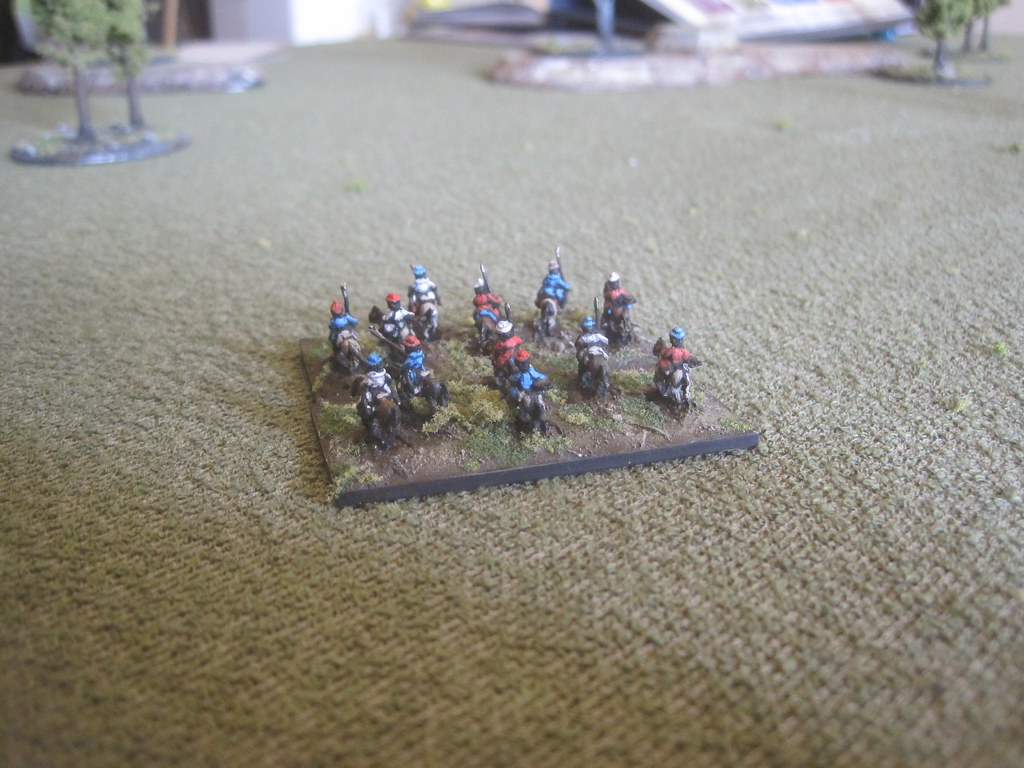 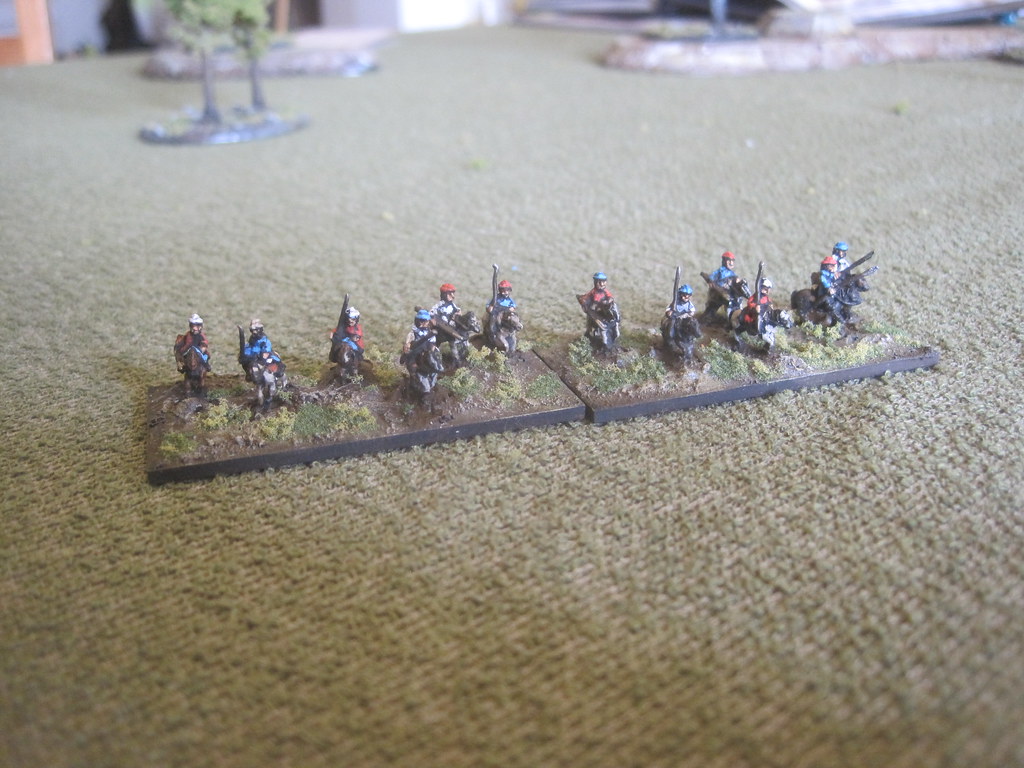 These are, as best as I can figure, Don cossacks.  In the 7YW, Russian cossacks were (even) more disorganized than in the napoleonic period, having not yet been formally brought into the army, or subject to discipline etc.  They were basically roaming clouds of bandits that would move ahead and around of the Russian army, nominally scouting, but often as not plundering, robbing, and otherwise taking advantage of the general chaos.  The pictures I've seen of Don cossacks have them in blue and red, so blue and red they are. 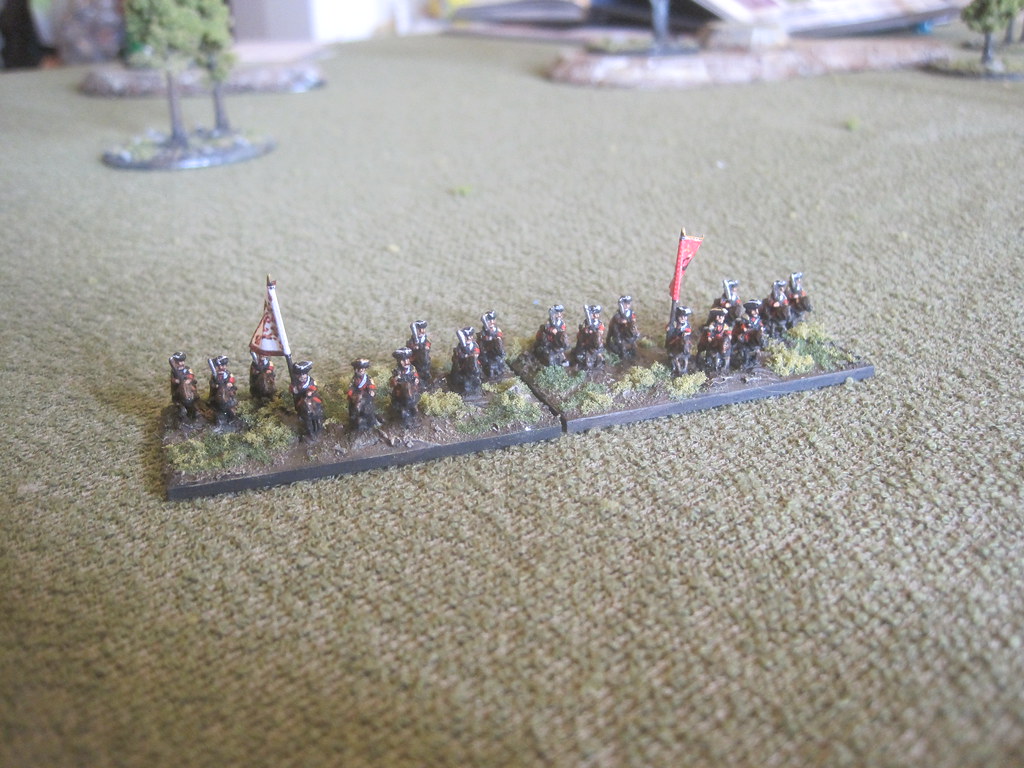 A somewhat different set of fellows are the Kievskiy cuirassier, one of a small number of cuirassier units the Russians were in the process of generating at the opening of hostilities.  Prior to this, Russian "ordered" horse were almost all Dragoons, but they were in the process of converting some formations to both the light / pursuit role and the heavier cuirassier. 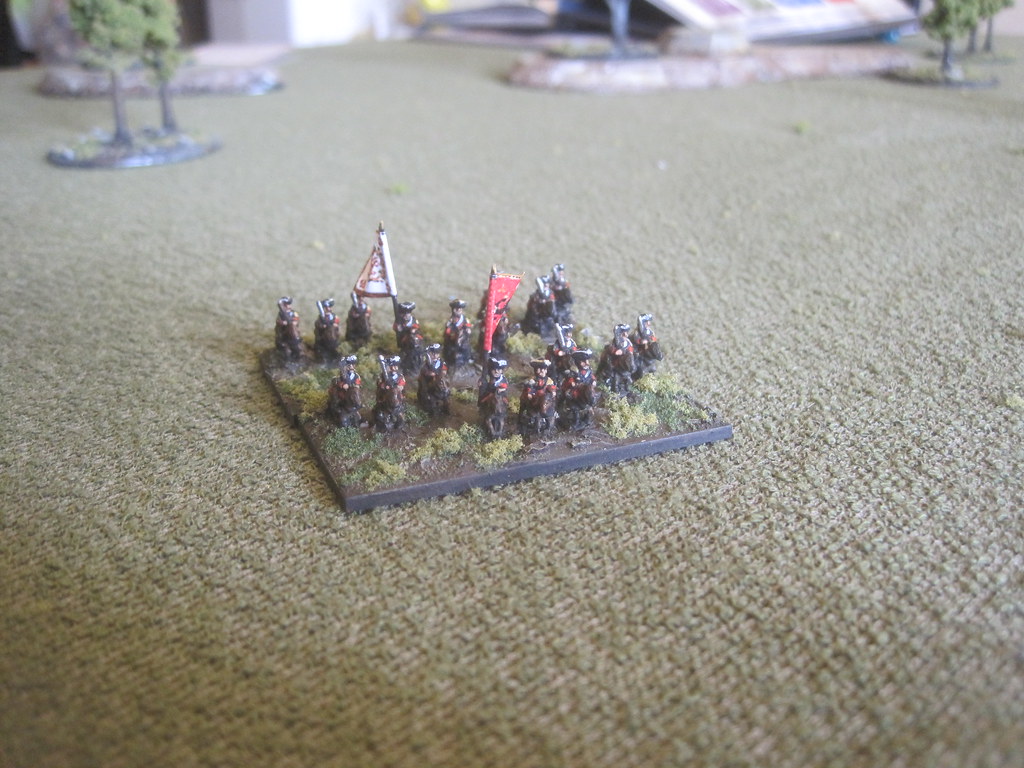 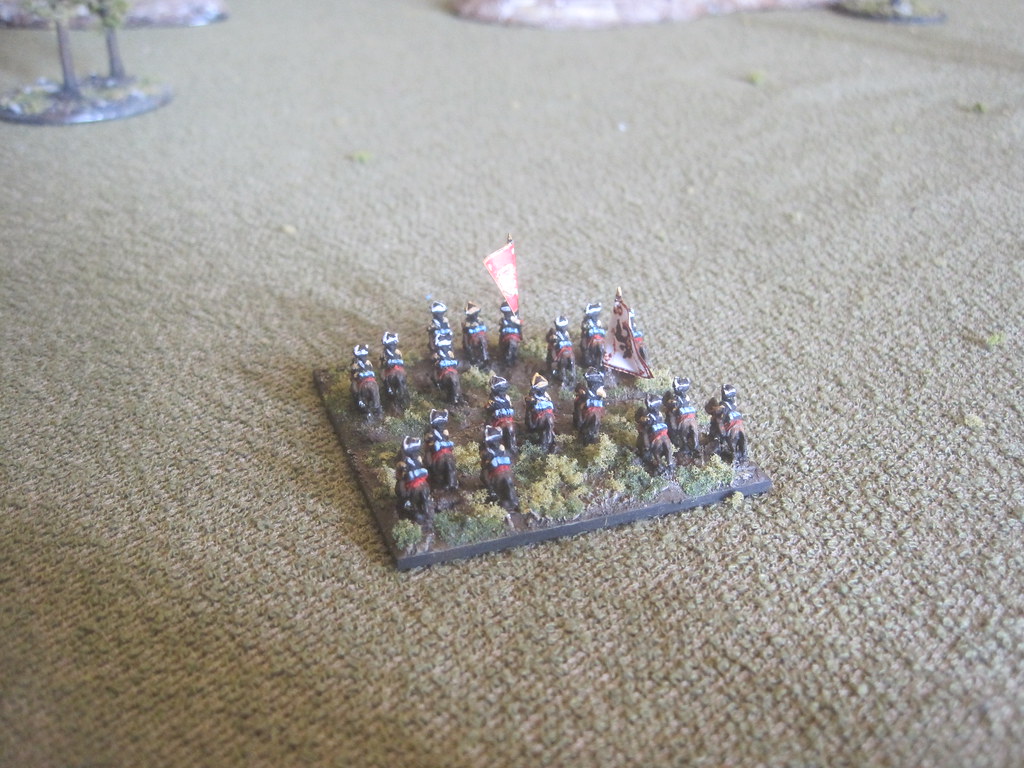 From what I've read, a fair bit of Russian doctrine was in transition, both before and during the war, partly as a response to overall trends, but also as a product of see-sawing Russian politics towards "german", i.e., foreign influences.

Still haven't made up my mind about whether to stick with a Russian cavalry-heavy force, or add in some Austrians.  Have been playing around with flags for both, so we'll see.

FMB
Posted by fireymonkeyboy at 2:04 PM