The outcome of a whim today.

I've been fond of GW's ogor (i.e., ogre) models since their launch many moons ago.  They're among the most characterful of the "old world" models, and have been tempted for years to pick some up.  A ways back I finally succumbed, and today's post is the outcome.

These guys were a ton of fun to paint.  They're chunky, and while it may seem odd to say it, they feel good in the hand.  Big enough to allow for some detail, but simple enough to not be a chore to paint. 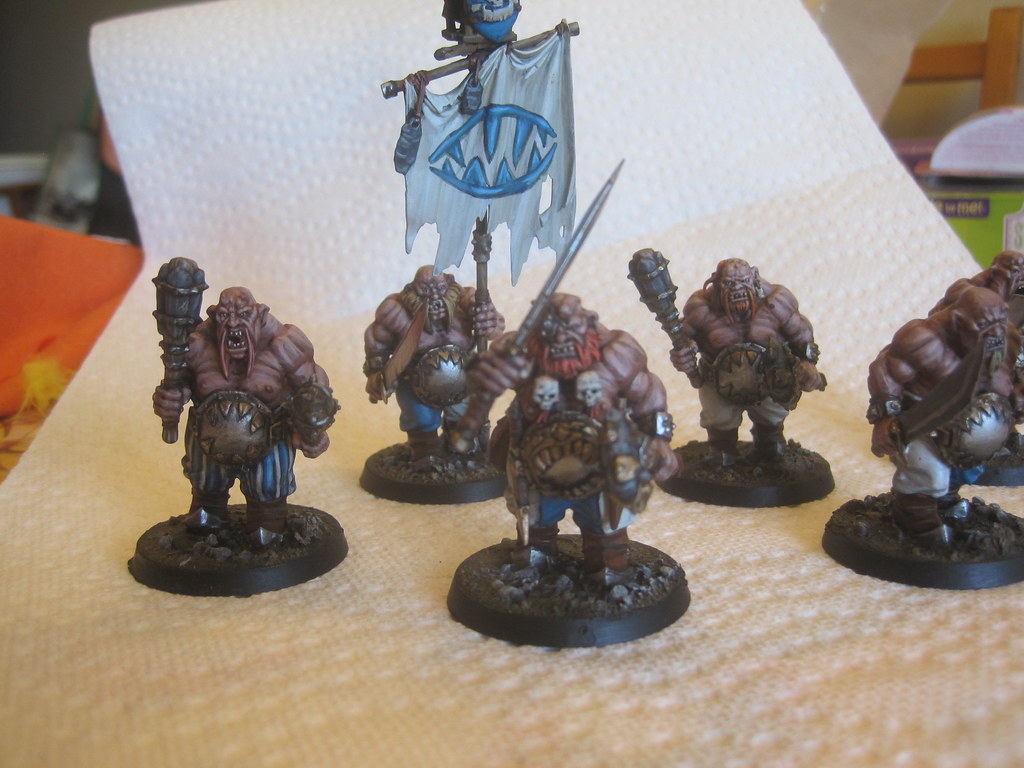 I have no idea how they'd handle on the table, other than they're sort of an inherently "elite" force, made up of multi-attack, multi-wound, large-based models, which is a bit out of my comfort zone. 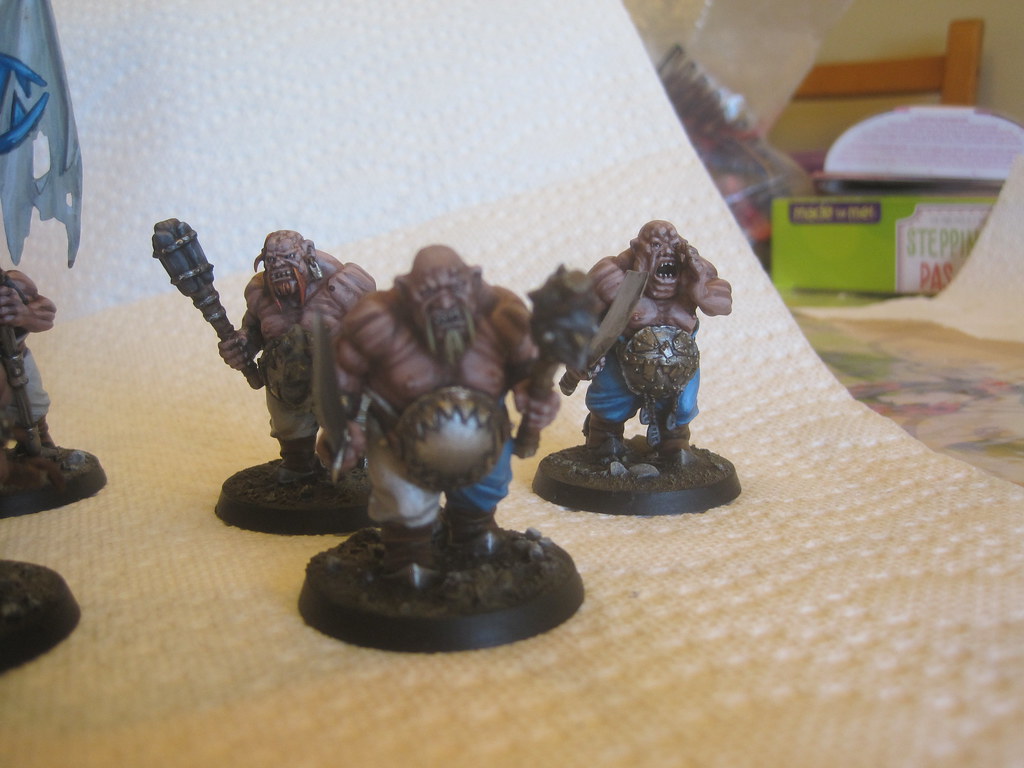 I've also got an Ironblaster on deck (their support cannon), which is primed up, and in the queue.  Once that's done, I'll likely pick up a box of Ironguts, which are their upgraded CC unit. 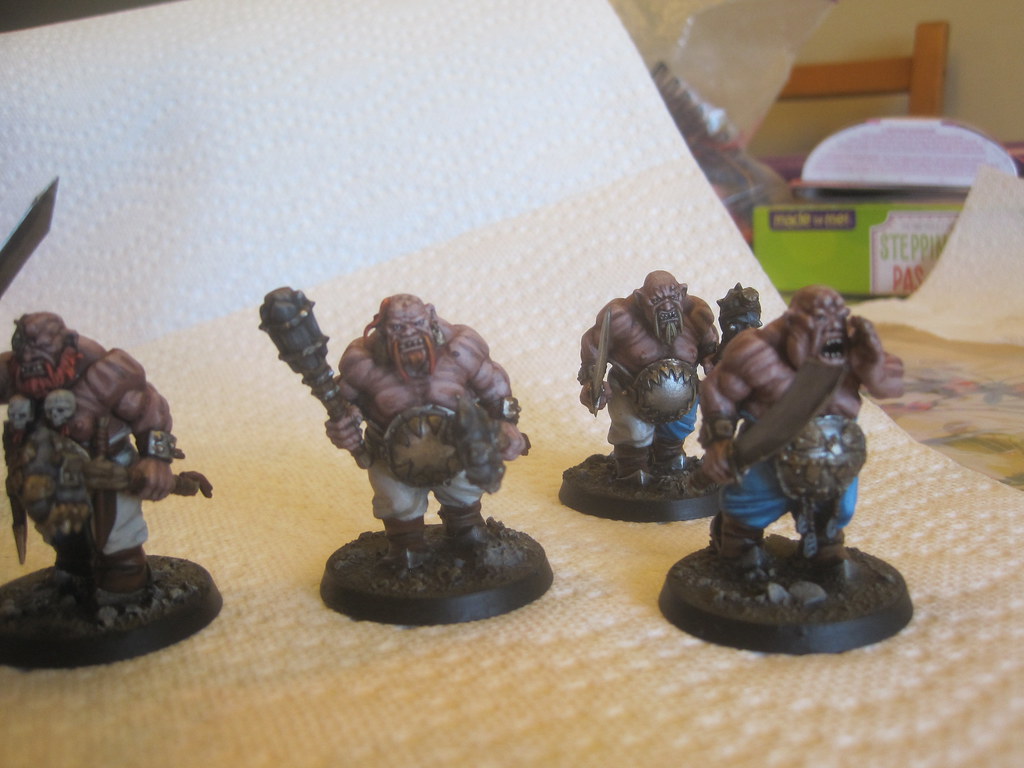 Not sure that these guys will be a super-huge priority (at least until I get enough together for a game), but I can see picking up the occasional box and puttering.  Aside from being a pleasure to paint, there's something appealing about their lore.  There will be plenty of "get in my belly" and "fee fie foe fum" jokes when these boys are on the table. 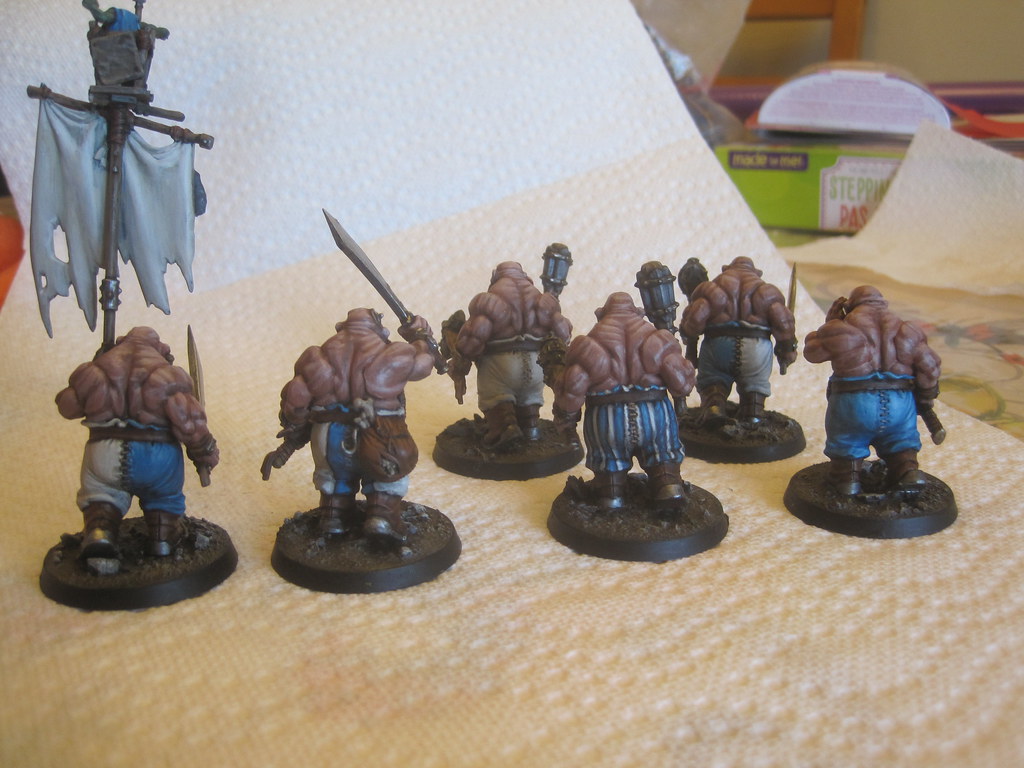 FMB
Posted by fireymonkeyboy at 10:02 AM